Soil nail walls and gabion walls are time-tested methods of retaining soil, and are two methods that Slaton Bros, Inc. have mastered. These methods of retention are used all over the world, but they each have very specific uses and benefits that make them maximally useful.

For those just getting into the commercial wall industry, it can be difficult to know when a certain type of wall should be used over another one. In our latest blog, we attempt to provide a little information to decide between a gabion or soil nail wall!

Wait, What Is A Soil Nail Wall? 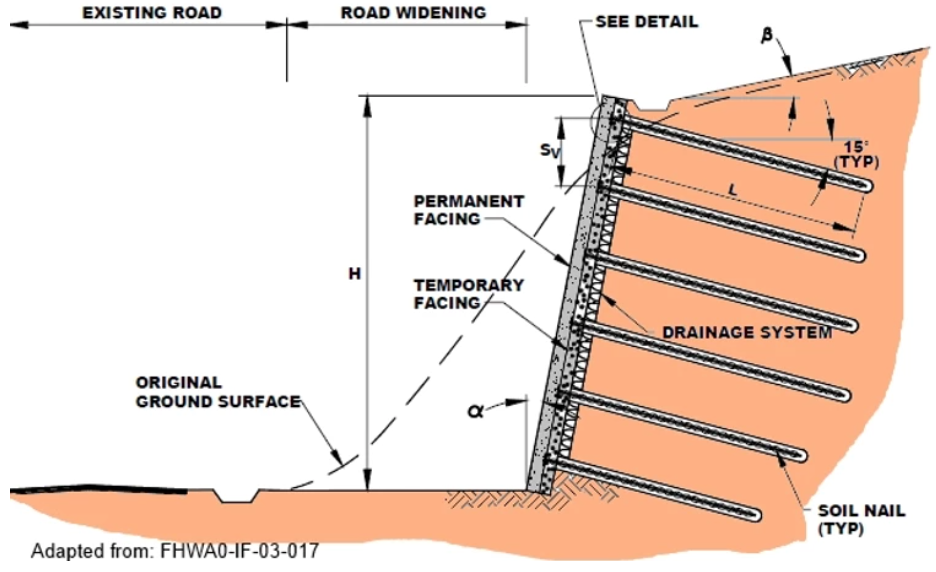 A soil nail wall, as the name may suggest, is a wall that uses nails driven into the soil to retain it. The method is incredibly simple but it works very well when used in the right context.

The nails in soil nails aren’t the size of your average, everyday nail, though. These nails are absolutely massive—the nails are nearly as long as the wall itself, or in some cases they are even longer than the height of the wall. The nails need to be this long, though, otherwise they won’t actually retain the soil.

The facing that is used by soil nail walls is typically shotcrete, which is sprayed concrete that solidifies onto the nails and soil. The process is fairly simple, but should be handled by professionals.

The soil nail wall was first used in France in 1972, some nearly 50 years ago. However, gabion walls have been in use for thousands of years, making them ancient compared to soil nail walls.

Gabion walls are basically walls made of baskets housing rocks, concrete, or some other heavy material. The weight of gabion walls is used to offset the lateral force of the soil being retained.

Gabion walls became widely used for methods of defense initially, like the Corbeille Leonard, a type of gabion created by Leonardo Da Vinci for the San Marco Castle in Milan. In military applications, gabions were used as protection and reinforcement, often for artillery positions. Even without the availability of purpose-built gabion baskets, soldiers have been able to create makeshift baskets.

In modern military applications, gabions are used to protect forward operating bases, or FOBs. Areas like mess halls, barracks, and other sensitive targets are often protected by gabions. 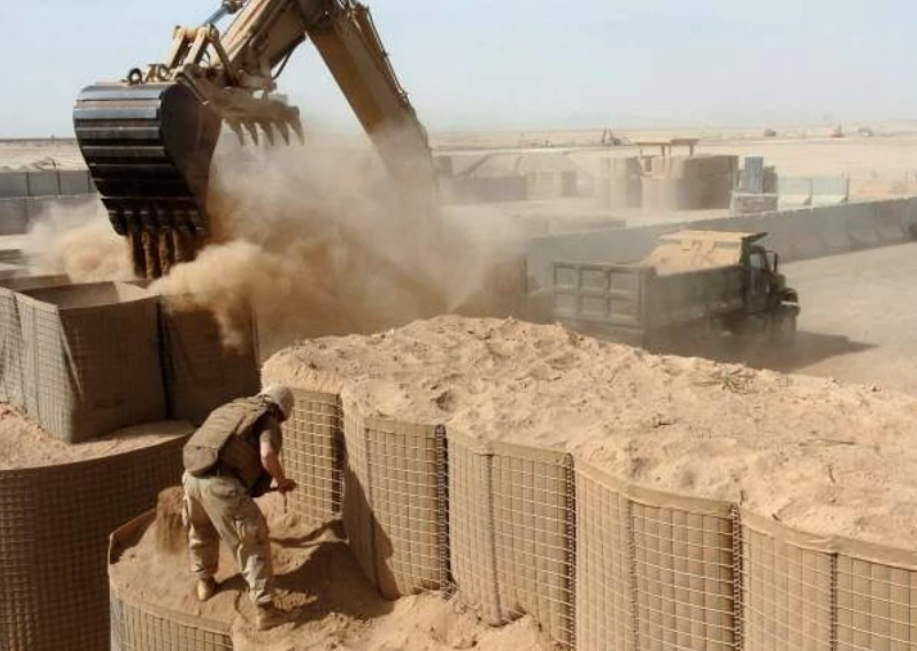 The Application Of Soil Nail Walls

Now that we have the very basics of the two types of retention, we can get into the details of how each type is deployed. Soil nail walls are most often used for the following applications:

Soil nail walls are perhaps most often used in relation to the stabilizing slopes and landslides. Because of their ease-of-installation, soil nail walls are typically used in temporary applications for this very purpose.

We know that gabion walls are very useful in military applications, but how are they used in normal applications? Gabion walls, like soil nail walls, are most often used in retention applications where there is little focus on aesthetics. Gabions are perhaps most popular in residential settings, like homes or commercial rental property like apartments.

Gabions are typically very useful where no full barrier needs to be erected. They let water and other small debris through, increasing their durability and usefulness. Gabions are used in all of the following applications:

In small residential projects, gabions are usually just one tier, but commercial gabion application uses several tiers, and the material to go in the gabion is chosen based on what is available and most useful. Sometimes rocks from near the construction site are used, while other times a specific material is shipped in.

So Which is Better?

Well, as you could likely guess, the answer is neither! As engineers, we recognize that each type of wall is a tool used for specific purposes. At Slaton Bros, we can analyze what type of wall would best work with your specific needs, then work to create that wall, be it a gabion, soil nail, MSE, or other types of wall.